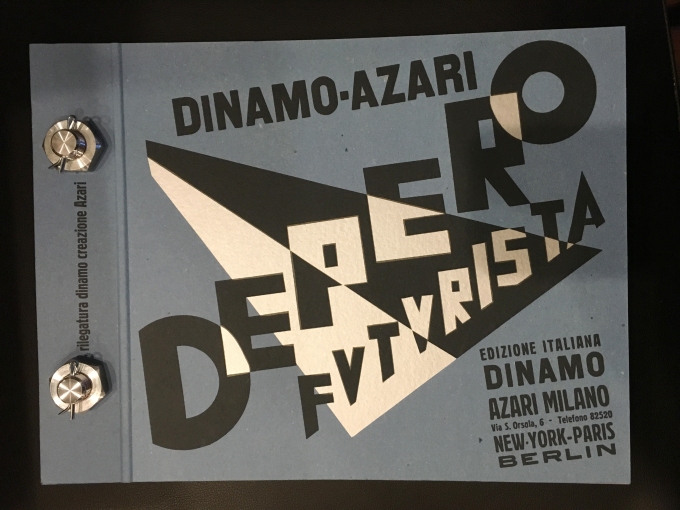 Recently installed in No.3 Reading Room & Photo Book Works are books produced by poet-run and independent presses intent on making certain books and works present in the world no matter what the gatekeepers say. They’re simply out to share the words and work of those they admire in order to generate conversation and readership. And they’ve done it well. The work spans from 1971 to the present. Presses represented are Atlas Press’ Printed Head series, Toothpaste Press, The Spirit That Moves Us Press, Coffee House Press, The Codex Foundation, Double Cross Press, Traffic Street Press, Greying Ghost Press, Magic Helicopter Press and broadsides from the Hungry Midnight series.

Also on view is a facsimile copy of the Bolted Book (Depero Futurista, 1927) recently produced by Designers & Books as a Kickstarter project completed in 2017. These works are often hard to find, but you can read them here- any or all, by simply visiting the Reading Room. Also on hand are some reference works and essays about independent publishers past and present, including the new anthology The Ultimate Actualist Convention, A Detailed View of Iowa City Actualism in the 1970’s & 1980’s and Its Migration to the San Francisco Bay Area. Edited by actual Actualists Morty Sklar, Cinda Kornblum and Dave Morice, there are also a few of their early literary journals on hand. 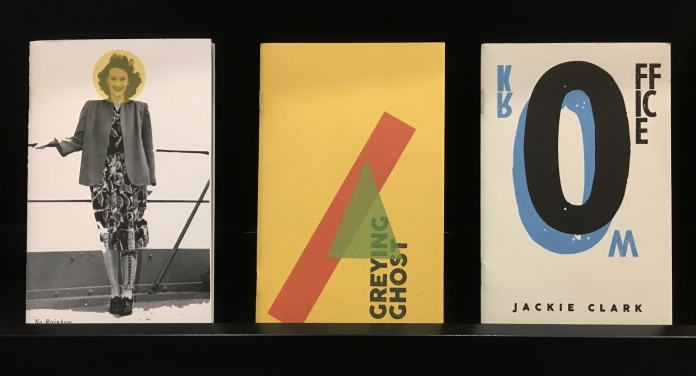 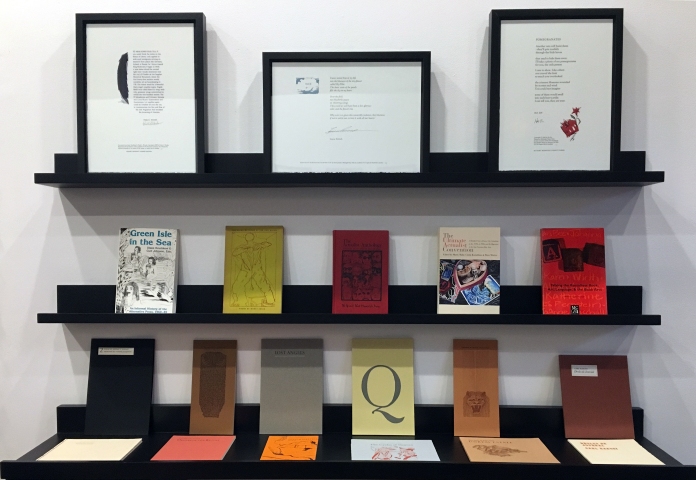 One thought on “Poets as Publishers & Publishing as Artistic Practice”